A Visit to Weston super Mare 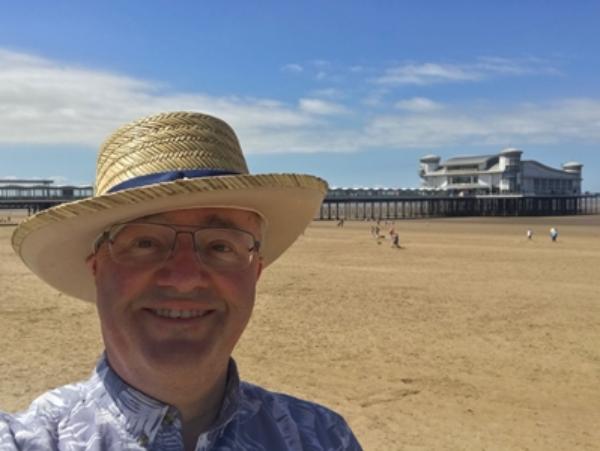 I just love Weston super Mare. It is a great classic British seaside resort with everything you would expect from donkey rides on the beach to ice creams, museums, pubs, hotels and more fish and chips than you could shake a stick at. Here are some photos from a weekend I spent there recently.

I suggest that you visit it as soon as you possibly can. It is great. Find out more:

Early in the 19th century, Weston was a small village of about 30 houses, located behind a line of sand dunes fronting the sea, which had been created as an early sea wall after the Bristol Channel floods of 1607. The Pigott family of Brockley, who were the local Lords of the Manor, had a summer residence at Grove House. Weston owes its growth and prosperity to the Victorian era boom in seaside holidays. Construction of the first hotel in the village started in 1808; it was called "Reeves" (now the Royal Hotel). Along with nearby Burnham-on-Sea, Weston benefited from proximity to Bristol, Bath and South Wales. The first attempt at an artificial harbour was made in the late 1820s at the islet of Knightstone and a slipway built from Anchor Head towards Birnbeck Island.

Isambard Kingdom Brunel and his family lived in Weston, at Swiss Villa (towards the north end of Trevelyan road), while he was supervising the construction of the Bristol and Exeter Railway in the area. With the opening of the railway in 1841, thousands of visitors came to the town from Bristol, the Midlands and further afield, on works outings and bank holidays. Mining families also came across the Bristol Channel from South Wales by paddle steamer. To cater for them, Birnbeck Pier was completed in 1867, offering in its heyday amusement arcades, tea rooms, amusement rides and a photographic studio. It is now in a derelict state and has been added to English Heritage's Buildings at Risk Register, but visitors can still admire its structure from behind barbed wire. It was designed by Eugenius Birch with ironwork by the Isca Foundry of Newport, Monmouthshire. It is a grade II* listed building.

Large areas of land were released for development from the 1850s onwards. Large detached villas, for the middle classes, were built on the southern slopes of Worlebury Hill. Semi-detached and terraced housing was built on the low "moorland" behind the sea front in an area known as South Ward. Many of these houses have now been converted into bedsits. Most of the houses built in the Victorian era are built from stone and feature details made from Bath Stone, influenced by local architect Hans Price.

In 1885, the first transatlantic telegraph cable of the Commercial Cable Company was brought ashore and the company started a long association with the town, ending in 1962.

Guglielmo Marconi, the inventor of wireless telegraphy, successfully transmitted radio signals across the Bristol Channel in the spring of 1897, from Penarth (near Cardiff) to Brean Down (just south west of Weston, on the other side of the River Axe).

A second railway, the Weston, Clevedon and Portishead Light Railway, opened on 1 December 1897, connecting Weston to Clevedon.[26] The terminus station was at Ashcombe Road. The railway was extended to Portishead on 7 August 1907 but was closed in 1940.