The Church of All Saints at Somerby 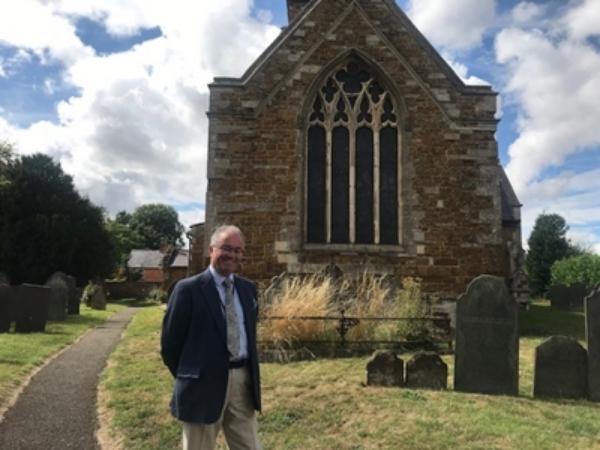 The Church of All Saints at Somerby, Leicestershire, is a lovely building – but an odd one.

For a start the tower and spire stand between the nave and the chancel rather than at one end of the church as is more normal. Even more striking, the chancel is offset and stands at an angle to the nave. This may, in part be due, to the extensive rebuildings of this basically 13th century church which have taken place in 1714, 1763, 1865, 1883 and 1887.

The Central tower, is in 3 stages, with moulded sill band, 2 string courses, moulded eaves cornice with 4 gargoyles, crenellated parapet and 4 corner buttresses with setoffs. South face has a restored Decorated double lancet and above it, a stair light. Bell stage has on each face a C14 double lancet bell opening with hood mould.

All the roofs are of Victorian date, as are most of the stained glass windows.