Who was the Real St Valentine 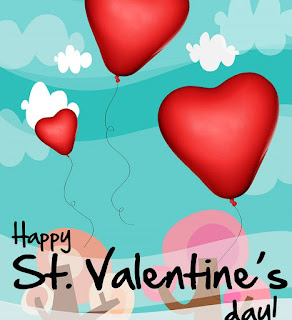 This is a wide ranging talk that covers the various other saints named Valentine - not just our 14th February chap - before going back to the years of the Roman Empire when the early Christians were persecuted for their faith by the pagan Roman Emperors.

The patron saint of love was, in reality, anything but romantic. This talk looks at the real Valentine, who was martyred on the orders of the Emperor Claudius Gothicus on 14 February 269. It then traces his career after his death as his holy reputation became mixed with spring fertility customs to produce the romantic patron saint of love that we know today. In passing we cover great medieval writers such as Geoffrey Chaucer and Jacob Voragine. And the talk looks at where is relics are eto be found today - including some rather unexpected places for his feet and hands! 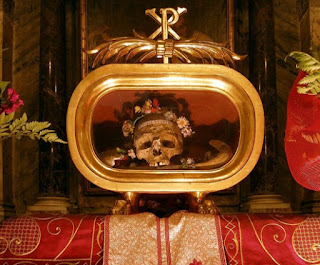 Among the lesser known characters the talk covers is Joseph Ritson. If you look Ritson up in an encyclopedia it will tell you that he was the founder of vegetarianism. But so far as St Valentine's Day is concerned he more importantly wrote a card to his beloved that included the rhyme:

"Roses are red, Violets are blue,
the Honey is sweet, so are you."

Shakespeare eat your heart out.

The audience today seemed less interested in the historic St Valentine than in how his day had become associated with romantic love, how poets had taken up the chalenge and the way the custom of celebrating your love and lover on 14 February spread around the world.

I have a range of talks for specific times of the year, including:

If you would like to learn more about my talks, or enquire about a booking, see my WEBSITE. 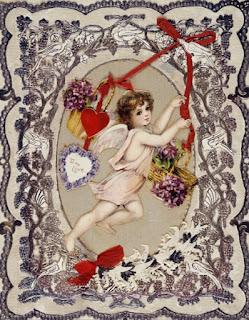