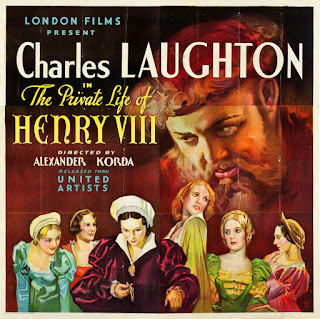 This is a great movie!

Before I watched it yesterday evening I knew only two things about it:

2 - Charles Laughton was the first non-American to win an Oscar, for his starring role in this film.

Having now watched it, I can confirm that Laughton absolutely deserved his Oscar for his performance in this movie.

The plot follows reasonably faithfully the life of Henry from 1536 to 1547. It opens on the day that Anne Boleyn [Merle Oberon] is to be executed. We see Anne preparing herself for a noble death, while Henry is boisterously enjoying himself at Court and preparing to marry Jane Seymour [Wendy Barrie]. We follow Henry through that short marriage to see his childish delight at the birth of a baby son and his short-lived grief when Jane dies.

Determined not to remarry, Henry gives in to Thomas Cromwell's [Franklin Dyall] pleas for a political marriage to plain Anne of Cleves [Laughton's real life wife Elsa Lanchester]. Anne escapes her unwanted marriage with a ruse, after which Henry falls head over heels in love with beautiful Catherine Howard [Binnie Barnes]. Unknown to Henry, Catherine is already in love with his life-long friend Thomas Culpepper [Robert Donat, who comes close to stealing the show in his scenes]. When Henry finds out about their adultery, he collapses.

I would bet that it is here that Laughton won his Oscar. The crushing of a proud man and his utter desolation in grief is almost painful to watch. What an actor!

But Laughton also does well with the comedy scenes. I especially like the bit where he sneaks out his bedroom in the middle  of the night to creep off to the bedchamber of a pretty young lady. He tiptoes past everyone, but then his personal bodyguard spot he has gone and run after him to crash to attention with stamping boots and cries of "Make way for the King", while Laughton is desperately trying to get them to shut up. Comedy gold.

Eventually Anne of Cleves persuades Henry to marry the matronly Catherine Parr [Everly Gregg] who mothers him as old age sneaks up on the aging monarch.

Laughton dominates the film as Henry dominated England, but there are some great performances from other actors too. I've already said Donat is good, but so is Laurance Hanray as Archbishop Cranmer and Lady Tree as Henry's superstitious nurse.

And there are some marvellous little cameo roles. I loved the redoubtable Wally Patch as the cynical cook, Hay Petrie as the hapless barber who gets everything wrong to comic effect and the merchant couple who attend every execution and bicker over how to get a seat with a good view.

The costumes are magnificently sumptuous. The casting superb. The sets believable and the exteriors were shot at a variety of stately homes.

Given that this movie is knocking on for being a century old, it has stood up very well to the passing of time. I give credit to a cracking script and to fine acting - especially by Laughton.

You can watch it here: https://www.youtube.com/watch?v=bAlabDCkawY&t=938s 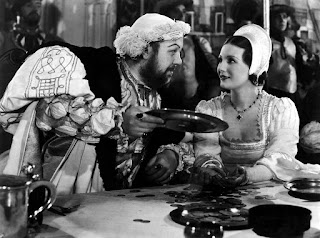 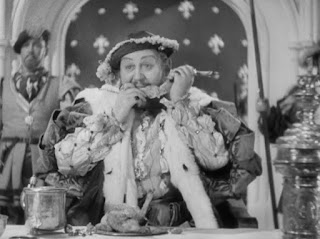 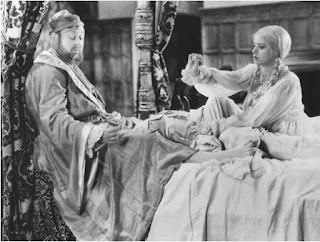