The Kingdom of Sussex - a Talk

Today I gave my talk on the Kingdom of Sussex via Zoom to over 100 people from a U3A group in Sussex.

The Kingdom of the South Saxons was once one of the key states of Britain. Founded in about 480, the kingdom remained independent for three centuries until its old royal family had to replace their title of King with that of Earl under the control of the more powerful Kingdom of Wessex. The dynasty finally disappeared under the Normans. This talks follows the political, social and economic history of Sussex during its years of independence and demonstrates how the economy and wars of that time still have an influence on the modern county. 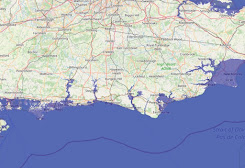 The audience asked a string of interesting questions afterwards. Most of them were asking for more detail on things that I had mentioned in the course of the talk. Inevitably when covering 600 years of history in just an hour, much is skated over.

One question was about the mythical King Arthur and his role in Britain in the early 6th century. Arthur is a fascinating subject on which historians are divided - sometimes bitterly. I explained that some historians think him a purely legendary character and that even if he really did exist it is impossible to know anything for certain about him. Others - myself included - think that it is possible to place Arthur in a credible historical context and while it can never be proven for certain who he was, what he did nor why he was regarded as so important, the balance of probability puts him as a champion of Christianity and Roman-style culture at a time when all was crumbling in the face of pagan barbarianism.

I also offered to come back to do my talk on Arthur at some future date. 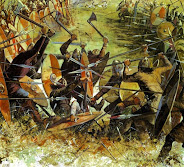 Another question concerned the system of fortified "burhs" established by King Alfred to counter the  Viking invasions. I explained that the Viking raiding system depended on a swift attack, often using stolen horses, to sweep across a territory, stealing everything portable and then escape before local militia could gather to fight them. The burhs were designed as static defences into which people could go with their wealth as soon as Vikings were sighted. Moving fast and light, the Viking has no siege equipment and so could not capture the burhs. Thus Viking raids ceased to be profitable, but became more dangerous. And the Viking danger melted away. 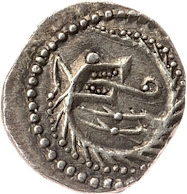 All in all a great afternoon of history-related activities relating to Sussex in the Dark Ages and early medieval period.

If you would like to book me to give this talk to your group, email me on rupert@rupertmatthews.com.