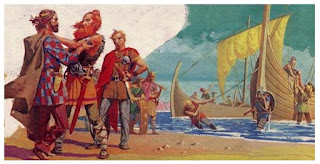 Today I gave my talk on "Hengist the First English King" to a WI group.

Under the Roman Empire, Britain was a Christian country where the people spoke Latin or Celtic languages. Just a few generations later paganism had triumphed and most people spoke English. Alone among the former Roman provinces, Britain fell to the pagan barbarians so completely that their religion and language triumphed. The key figure in this massive change was Hengist, a German mercenary from what is now Frisia, who came to what is now Kent. Displaying guile, violence and astonishing ruthlessness, Hengist carved out a kingdom for himself – a lead followed by other warriors who together created England. Although he was such a pivotal figure in the founding of England, the facts about his life are remarkably scanty and much disputed. This talk looks at the fall of Roman Britain and explains how England came into being. 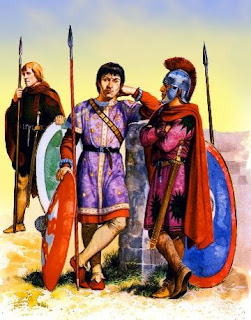 The talk includes a screen presentation and was given over Zoom - though it works just as well in "real life" as it were.
The audience was very engaged and asked some great questions at the end. One query concerned the Roman Army, which we were all taught at school was invincible, and why it was that the government of post-Roman Britain needed to hire a gang of tough Germanic mercenaries such as those led by Hengist and Horsa. I explained that by the 5th Century the Roman economy was in decline due to a cooling climate, corrupt government and plagues so that the Empire could no longer afford a large standing army. Instead local government bodies were hiring mercenaries or recruiting local, semi-trained militia - a process well under way in Britain by the time Hengist arrived in about 440. 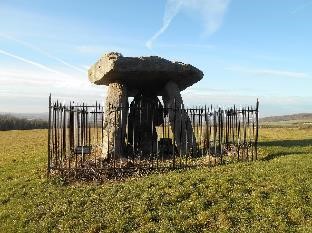 I always enjoy giving this talk. For a start the career of Hengist is a great story that includes outstanding examples of honour, treachery, sex, lust, violence and adventure. It also includes some wonderful characters such as Vortigern, St Germanus and Ambrosius. It also allows me to explain about the difficulties of trying to work out what was going on in Britain during the 5th century. But also how it is possible to work out the general trends happening and some of what was taking place.

It is also a great showcase for how power operates within government structures at a time of stress and collapse. 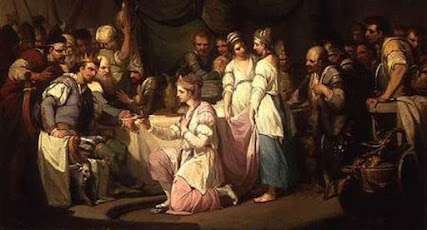 And finally it explains the origin of the symbol of Kent - a white horse on a red field. An origin steeped in violence and bloodshed. 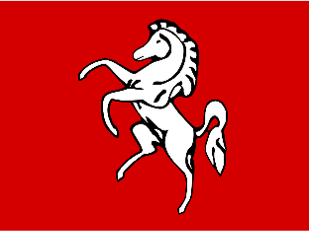