The Leicestershire village of Foxton was built on a small tributary of the River Welland – though today it is far better known for the amazing ladder of locks on the Grand Union Canal just west of the village.

Today all that remains of the old village are some mounds of earth and largely filled in boundary ditches, once crowned by wooden fences and palisades. There is also a large mound which was almost certainly the base for a windmill where the village grain was ground into flour.

Surrounding fields sport what is today known as the ridge and furrow pattern. Traditional ploughs have the ploughshare and mouldboard on the right, and so turn the soil over to the right. This means that the plough cannot return along the same line for the next furrow. Instead, ploughing is done in a clockwise direction around a long rectangular strip (a land). After ploughing one of the long sides of the strip, the plough is removed from the ground at the end of the field, moved across the unploughed headland (the short end of the strip), then put back in the ground to work back down the other long side of the strip. The width of the ploughed strip is fairly narrow, to avoid having to drag the plough too far across the headland. This process has the effect of moving the soil in each half of the strip one furrow's-width towards the centre line each time the field is ploughed.

In the Middle Ages each strip was managed by one family, within large open fields held in common, and the locations of the strips were the same each year. The movement of soil year after year gradually built the centre of each strip up into a ridge, leaving a dip, or "furrow" between each ridge (this use of "furrow" is different from that for the small furrow left by each pass of the plough). The building up of a ridge was called filling or gathering, and was sometimes done before ploughing began. The raised ridges offered better drainage in a wet climate: moisture drained into the furrows, and since the ridges were laid down a slope, in a sloping field water would collect in a ditch at the bottom. 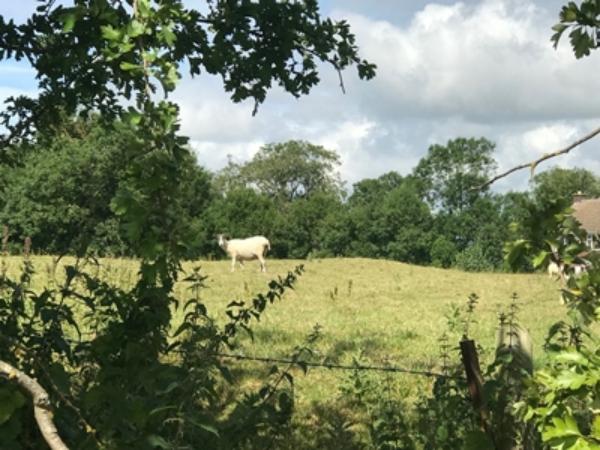 War Graves in Foxton
I came to Foxton – famous for its canal locks – to look for three graves of servicemen who gave their lives for King and County and to whom we owe so much.