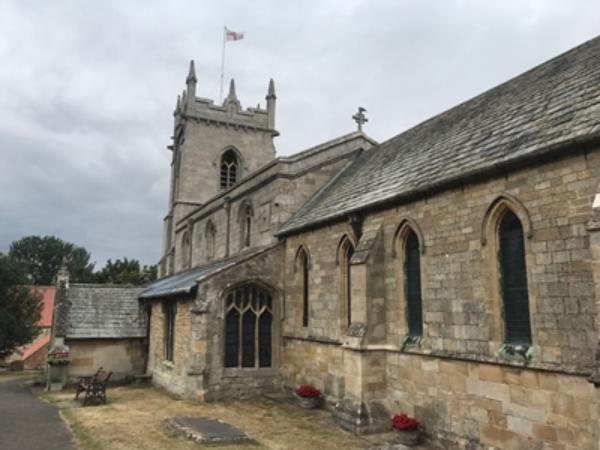 I came to this village in Lincolnshire astride the A1 to look for the graves of two servicemen that are cared for by the Commonwealth War Graves Commmission:

Sadly, I could not find either of them. Presumably they are of a non-standard design. Never mind, the church of St John the Baptist is worth a visit anyway.

It goes back to Saxon times, as indicated by the herring-bone stonework in the chancel. The Norman arches were preserved during Victorian renovation, of which this church is a prime example. The surrounding churchyard has been closed for almost a century, but is kept tidy by the Parish Council. Inside the church, behind the organ, is a stone sundial plate, cut with a penknife by Sir Isaac Newton when he was nine years of age. The stone, which has no gnomon, is mounted upside down below a carved wooden effigy of the scientist. Newton's mother, Hannah Ayscough (died 1679) and father, also called Isaac (died 1642), were buried in the church.