The War Graves of Twyford 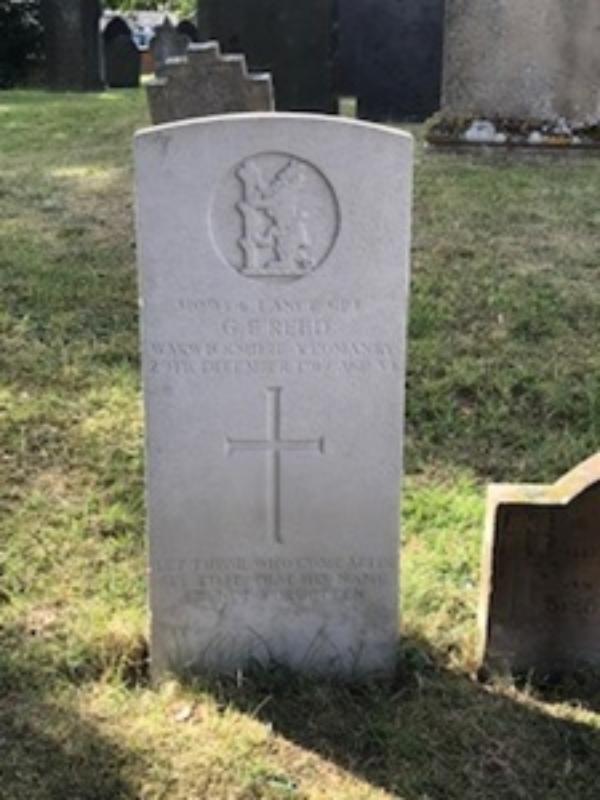 The churchyard at Twyford, Leicestershire, holds two graves that are cared for by the Commonwealth War Graves Commission [CWGC].

The first belongs to Ordinary Seaman JOHN HARDING [Service Number: C/JX213048], who served at the Royal Navy shore base of H.M.S. Pembroke. He died on 6 January 1941.

The second belongs to Lance Corporal GEORGE EDWARD REED [Service Number: 310944]. He was serving in the 2nd/1st Battalion of the Warwickshire Yeomanry when he died on 29 December 1917 at the age of 34. This unit was a cavalry regiment, but in September 1917 it was to being a Cyclist Regiment - intended to act as messengers and couriers behind the lines of trenches. Reed was still undergoing his training as a cyclist soldier when he died. The unit moved to France in March 1918.

You can find out about the work of the CWGC here: https://www.cwgc.org/