What is now a field dotted with concrete markers was once a magnificent stone and timber circle near the village of Avebury in the south-western English county of Wiltshire. Excavation has revealed the location of the 58 stone sockets and 62 post-holes. The ring was part of a tradition of stone circle construction that spread throughout much of Britain, Ireland, and Brittany during the Late Neolithic and Early Bronze Age, over a period between 3300 and 900 BCE. The purpose of such monuments is unknown, although archaeologists speculate that the stones represented supernatural entities for the circle's builders.

In the early 18th century, the site was recorded by the antiquarian William Stukeley although the stones were destroyed by local farmers in the 1720s. The Sanctuary underwent archaeological excavation by Maud and Ben Cunnington in 1930, after which the location of the prehistoric posts was marked out by concrete posts. Now a scheduled monument under the guardianship of English Heritage, it is classified as part of the "Stonehenge, Avebury and Associated Sites" UNESCO World Heritage Site[3] and is open without charge to visitors all year round. 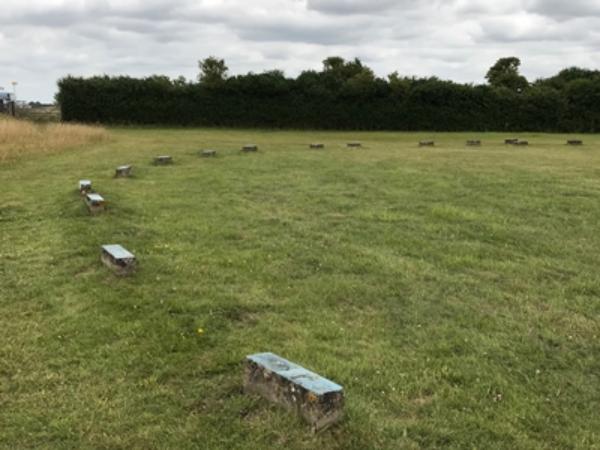