The Graves of Corby Glen in Lincolnshire

I came to Corby Glen in Lincolnshire to visit the grave of Able Seaman Eric Griffiths who died on 23 March 1942 on board HMS Nelson when that battleship was fighting the Italian navy in the Mediterranean. He was just 20 years old. The grave is cared for the Commonwealth War Graves Commission. 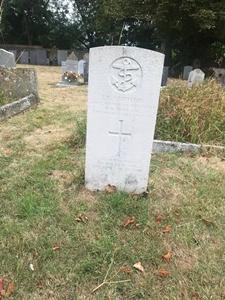 Having paid my respects, I visited the church of St John the Baptist. It is well worth a visit – especially to see the fine medieval murals. The clearest of the wall paintings are those on the clerestory walls above the nave which depict scenes from the nativity  -  Mary and the baby Jesus;  the shepherds watching their flocks;  two of the three wise men;  and King Herod  -  all dressed in medieval garb !

The paintings on the wall of the north aisle include St Christopher holding the Christ child;  St Anne teaching the Virgin Mary to read;  St Michael weighing souls while Mary shelters waiting souls under her cloak;  and Mary holding her dead son, Jesus, on her knees.  Over the chancel arch are the remains of a ‘doom’ painting  -  the last judgment  -  and a ‘Tree of Jesse’ on the wall of the south aisle.

The fine market cross commemorates the fact that in 1238 King Henry III chartered a weekly market and an annual sheep fair. The sheep fair is still held and is claimed to be the longest-established such event in Britain 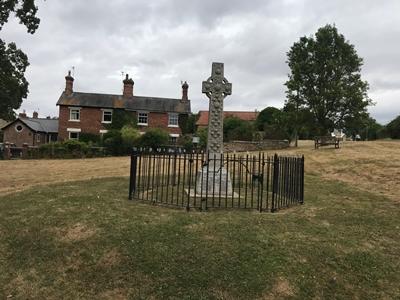 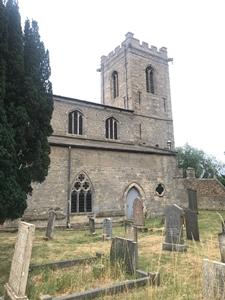 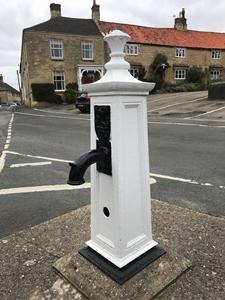 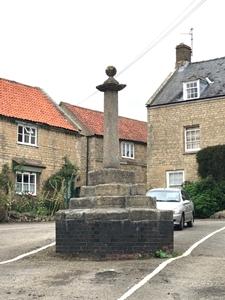 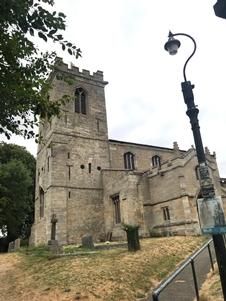