At the heart of London’s magnificent St Pancras Station stands this statue of the poet John Betjeman. And fully deserved is the honour.

Back in the 1960s the senior officials of the nationalised British Rail wanted to demolish what they saw an old fashioned and outdated Victorian pile in favour of a modern station of modern glass and concrete. Euston, just up the road, had suffered this fate already. John Betjeman was appalled at this cultural vandalism and led a campaign to save the beautiful building.

The station was originally built in the 1860s by the Midland Railway to connect London with the Midlands. St Pancras was a pretty slummy area at the time but the railway company went all out to impress by commissioning a grand, lavish station and hotel. The train shed, designed by William Henry Barlow, was build on wrought-iron pillars topped with a 207 metre long and 70 metre wide glass arched ceiling – making it the largest enclosed space in the world at the time. And at the front was the Midland Hotel, designed by the architect George Gilbert Scott. He won a competition to design the hotel with his ornate Gothic red-brick design, impressing the railway company into blowing their budget on it.

Read more about how Betjeman saved this wonderful building here: 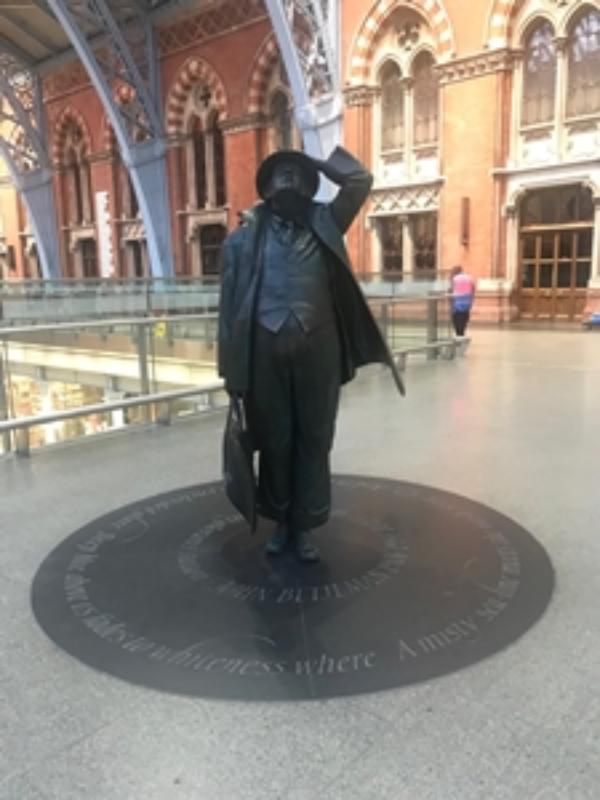