The Leicestershire village of Ashby Parva is charming and today is a fairly quiet place of some 250 inhabitants. That was not always the case.

During the English Civil War parliamentary troops from Warwickshire garrisons visited Ashby Parva and the surrounding villages in Guthlaxton Hundred, stealing horses and availing themselves of "free quarter". In May 1642 a hundred men from the Coventry garrison stayed three hours at Ashby Parva to avail themselves of "meat, drink and provinder". These visits were frequently carried out by Parliamentary troops to punish villages or towns which supported the Royalist cause. After the war efforts were made at reconciliation. In 1646 the inhabitants claimed ten pounds from the Warwickshire County Committee for a visit by Captain Wells and sixty men from Warwick in 1644, during which the troops quartered for two days and consumed "diet and horsemeat" worth an estimated ten pounds.

The reason that I visited, however, was to view the field beside the church where remnants of the medieval village have been found by archaeologists. Today the village straggles to the east and south of the church, but before c.1450 it was mostly to the west. That site is now an open field, but the remnants of the old village can still be seen. Village houses back then were built on small mounds and surrounded by small holdings, each of which was surrounded by a ditch and fence to keep out wild animals, and keep in domestic. It is these dips and mounds that can be seen today. Further west is what seems to be a more substantial ditch that may have been a moat around a manor house. 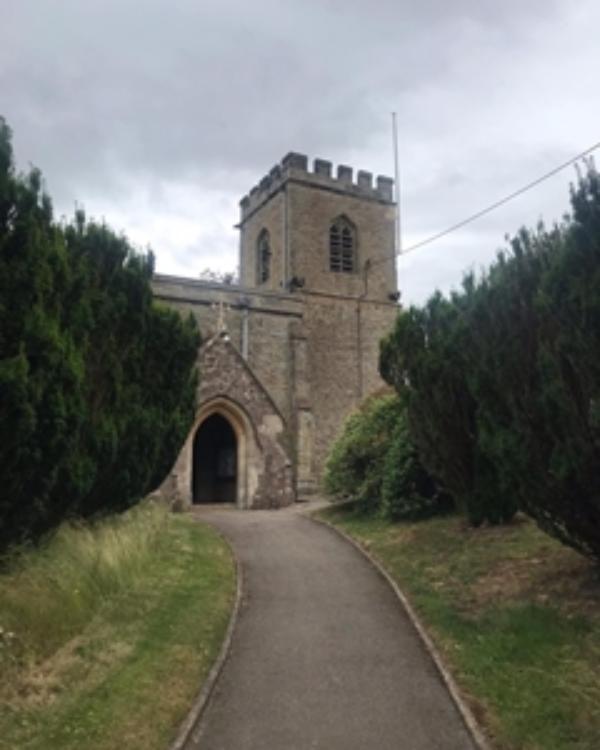